I never understood why Canadian bands failed to become bigger, making a name for themselves within the metal scene. All of them remained in an underground cult position. If we talk about Thrash Metal, there are a lot of excellent acts, such as Voivod, Infernal Majesty, Razor, Annihilator etc. Considering the Canadian thrash scene, Quebec and Toronto played an important role in that musical style. This time guitarist Ian Mumble speaks about Overthrow and their only record, Within Suffering.

Ian, do you still remember, at which point you started showing an interest in Hard Rock/Heavy Metal? How did you discover this type of music?

I was interested at a very young age. Around 11 years old. My older sister introduced me to Black Sabbath in the early 80’s and from there I was hooked.

Were you into established, known outfits or did you prefer the underground?

Like today, I was into established and underground bands. I’m always looking for something new and exciting to listen to.

When did you decide to become a musician?

When I was 12 my father purchased my first electric guitar. After the first time I plugged it in I knew playing and writing music was going to be part of my life.

Being based in Scarborough/Toronto, tell us please in detail, how did the whole metal scene take shape and develop during the years?

For me it just kind of happened. Just more and more shows. Also, more and more people wanting to play heavy music. I was actually in Catholic school up until high school. I was literally on my own on that front. I have a lot of interesting stories about that but things just kept on getting bigger and better. 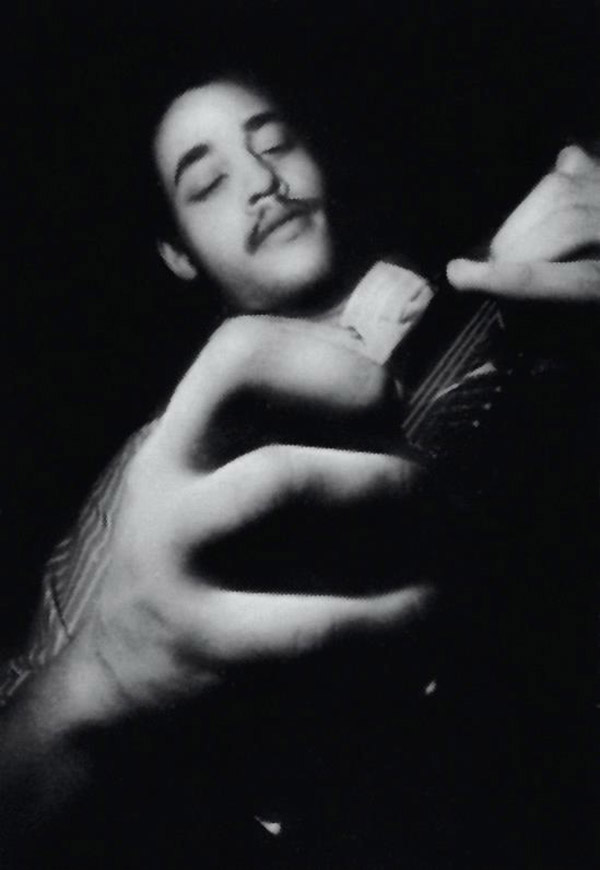 Which were the clubs that started opening their doors for metalheads? How about fanzines?

The clubs I remember in those days were the Apocalypse and the Siboney. The larger venues included the Concert Hall (Masonic Temple) and for surface level bands the Canadian National Exhibition and Maple Leaf Gardens.

In Toronto, besides the metal scene, there was a big hardcore scene as well, wasn’t there?

Yes, that’s true. Unfortunately, outside of attending the occasional show, I don’t know much about that scene.

Would you say that there was a healthy scene? Or was there a kind of rivalry between the bands?

It was extremely healthy. Everyone was working together to bring great music to the city and Canada in general. We were all friends I’d say.

Before you joined Overthrow in 1989, you were involved in Beyond. What can you tell us about this band and your musical experiences?

Actually, I wasn’t involved with Beyond before Overthrow. It was after my first run with Overthrow, for a couple of months. Beyond relocated to a town too far for me to travel regularly for practice and there was a lineup change in Overthrow so I rejoined at that point – and the rest is history.

You replaced former guitarist Derek Rockall; do you perhaps know why he left the band?

Derek and I played in Overthrow together. After I joined Beyond Derek left the band. When I returned there was another guitarist that replaced him. Shortly after that the new player left as well. There was one other guitar player in the band before Ken Wakefield joined, who stayed with us to the end. I have no idea why Derek left. 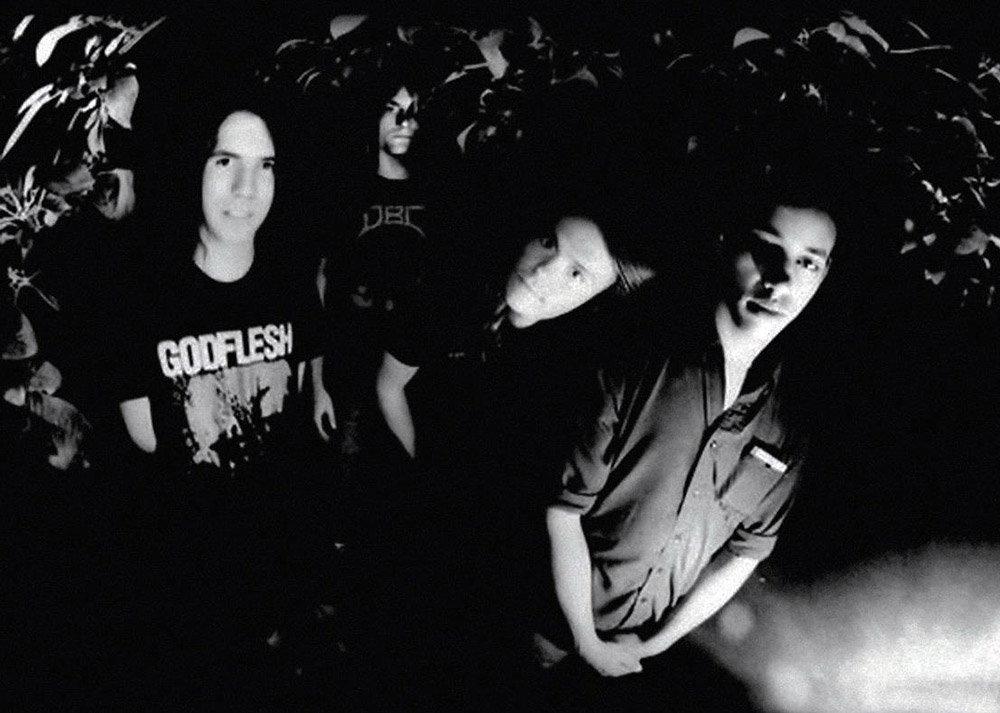 How did you get in the picture exactly? Did the band audition other guitarists as well?

This is one of those friends of a friend stories. A really good friend of mine since grade I knew Nicks cousin in Pickering and things went from there. I have no idea if anyone else was auditioned.

In 1989 you released the Bodily Domination demo. Do you still remember, how it was recorded? Could you tell us everything about this material?

The demo was recorded in a basement studio in Toronto. The recording engineer was Brian Taylor I believe. He did a lot of recording for local Toronto acts. We did it very quickly and if I remember correctly it was an all-night effort. I was in my senior year of high school and had an exam that morning. I was exhausted and the exam topic was the Theory of Relativity. I managed to ace it though.

Was it shopped around to attract labels interests? Did you heavily spread it around through the tapetrading/fanzine network?

Oh man, that was a long time ago. I know we sold it at shows and traded with anyone that was interested. Nick was driving most of that back then and still today.

How did you get signed by Epidemic Records? Were they a tiny, independent Scarborough-based label?

Epidemic Records was founded by Ron Sumners, who had played drums in Slaughter. Nick made the connection with Ron. Epidemic Records was a small independent label that supported a group of bands at the time. Ron came to my house in Pickering, Ontario where we were practicing at the time and brought the contract for signing. We all sat in my living room and one by one signed. It was truly an exciting moment.

Did you get any offers from bigger companies, such as Roadrunner, Metal Blade, Nuclear Blast etc. by the way?

Not to my knowledge. 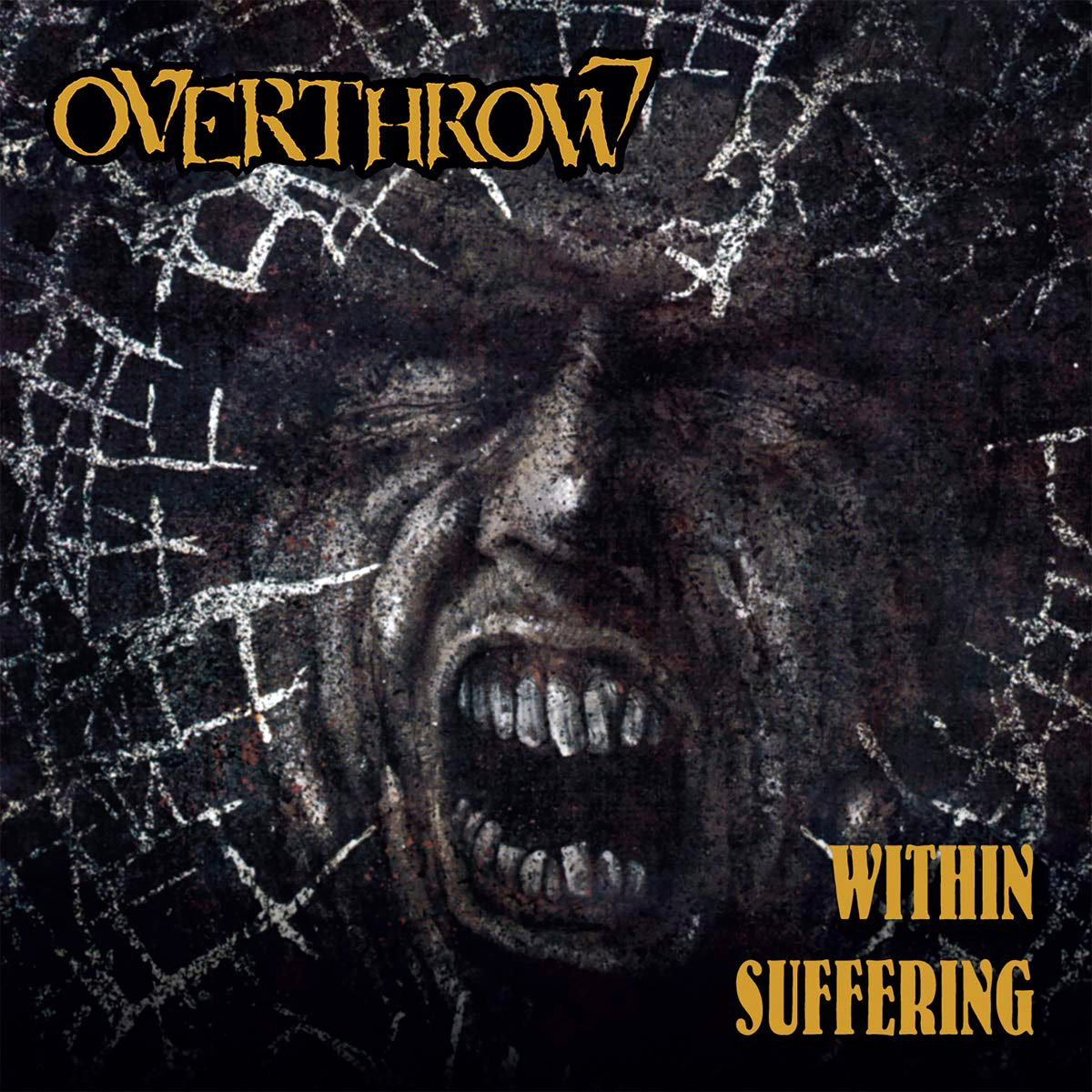 When did you enter the Morrisound Studios in Florida to record your full length Within Suffering?

It was in the early 90s. We drove down Interstate 75 crossing in Detroit, stopped in Miami to play a show before heading to the studio’s location. It was a great adventure.

How did you choose that studio? Was it your own decision or?

We knew that Morrisound Studios in Florida was producing incredible metal albums during that time period. Nick and Ron brought the idea forward to the rest of us and we were all in. It was a great experience and a lot of fun.

Is it correct, that Overthrow was the first Canadian metal band of any kind to record at the famous Morrisound Studios in Florida?

As far as I know that’s correct.

How did the recording sessions go? Did you get on well with Scott Burns?

The sessions were great. Like I said I learned a lot. Initially things were a bit challenging as we were under significant time constraints, Nick had a fractured ankle from a show we played in Miami and Wayne had tonsillitis. Scott was an incredible guy.

Do you think, that he had a good reference, with bands such as Sepultura, Death, Morbid Angel, Obituary etc.?

Scott was the professional to hire for sure. There was no question in my mind that he wasn’t the right choice. 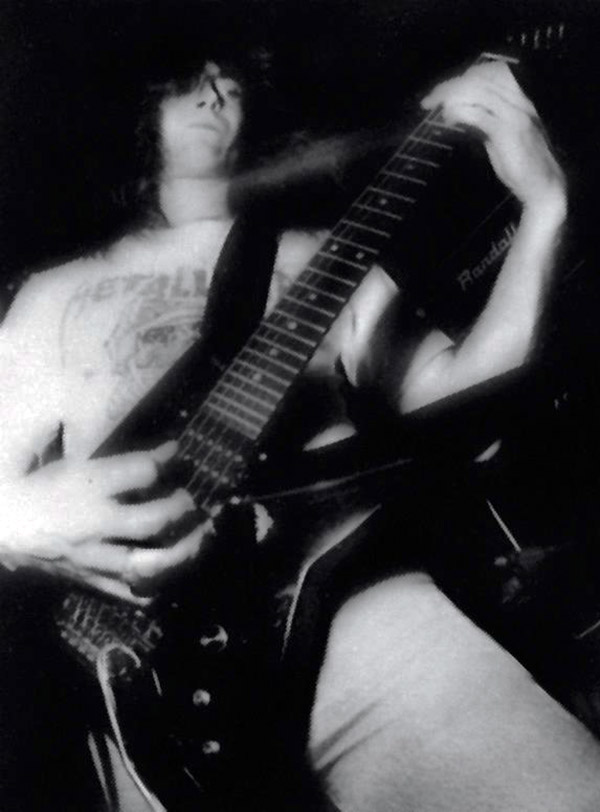 Were you prepared to record the material?

Yes, 100% ready. All the way. We only had a week to get the entire album done so no messing around at all.

Do you agree with the notion that songs like Infection, Chemically Exposed, and Under the Skin showed the extreme death/thrash side of the band?

I would agree with that. Under the Skin was one of my favourites to play live. Wayne and I would push each other to play it as fast as possible. Fun stuff.

Did you easily match the level, intensity, aggression etc. of Exhorder, Sadus, Kreator and Dark Angel?

There’s nothing easy about playing at that level. It takes dedication and effort to grow as a band and as a player. I think that with the hard work and passion we put into our art we were on our way for sure.

Infection was inspired by Ray Bradbury’s story Fever Dream. Can you tell us more about it?

That is a question for Nick. He could fill you in on those details.

In your opinion, did the longer, more complex, and at times semi-technical songs, such as Within Suffering, Repressed Hostility or Supression add some variation to the music, keeping it from being too formulaic?

I don’t think we ever looked at it that way. We just grew as a band and as writers. That is just where we ended up. In some respects, yes it did and it also demonstrated the diversity of the band. 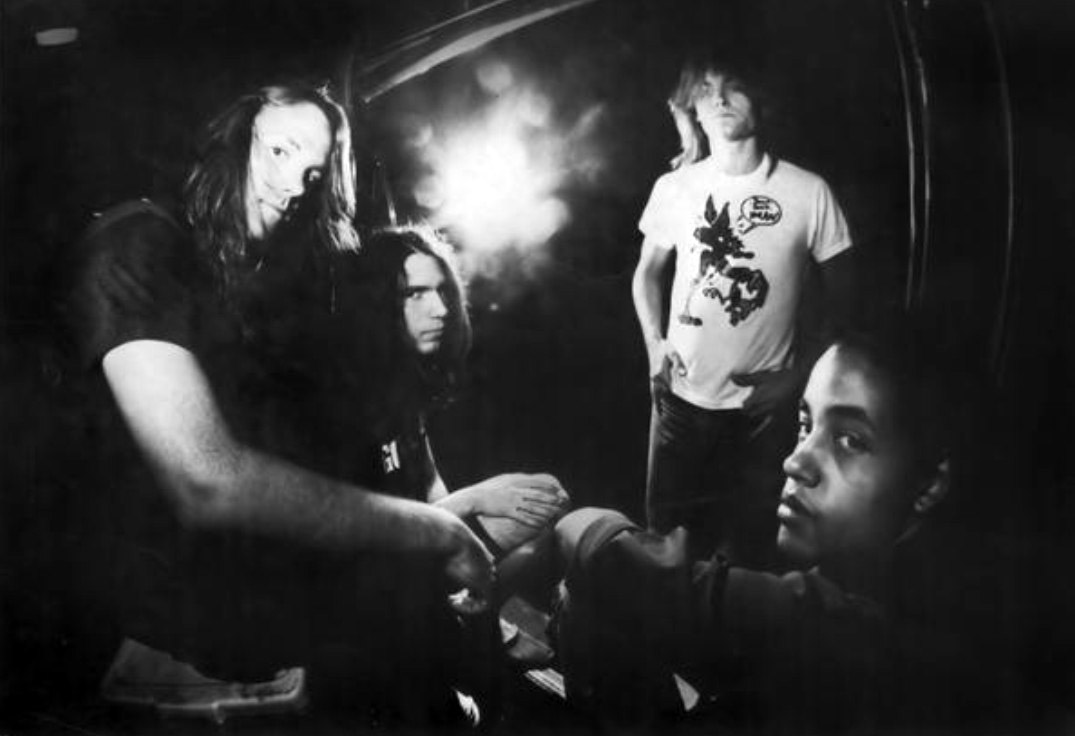 Did the band have a very good sense of direction when it came to songwriting? Were you on the same wavelength both personally and musically?

Those are both really good questions and are difficult to answer in a couple of sentences. We collaborated effectively in my opinion. Everyone brought something to the table. We got along for the most part but as with any group of highly creative individuals there’s always going to be times when there are disagreements and other times when we were all on the same page. We had a great balance.

Did each song have great flow with riffs flawlessly entering and exiting?

For the most part I’d say so. If one of us introduced an idea we’d work together to make it as smooth and intense as possible. Truly a team effort when it came to the music.

The band showed a great amount of talent in the short time of their existence, but sadly they remained very obscure, and were not able to achieve the recognition that they rightfully deserved. How would you explain this?

You know I’m not sure. Timing perhaps.

Were there any shows/tours in support of the record?

I think there were a few shows across Ontario but it was a long time ago so I can’t be entirely sure.

Why and when did the band split up? Did you remain in touch with each other after the dissolving of Overthrow?

The band split for a couple of reasons. Nick had decided to join Pestilence and I had decided to go to college in London Ontario. I studied Music Industry Arts/Recorded Music Production and had a short career in the industry as a recording engineer until I decided to go back to college for Computer Technology. I didn’t really stay in touch however the rest of that band did, I think. We’d bump into each other every now and then but that was about it.

Do you still follow what’s going on in the metal scene these days?

Yes, I do. Well as much as time permits. I love metal to this day and that will never change. If I live to be 100 years old, I’ll still be playing and listening to everything I can.

Ian, thank you for your answers! Please share your thoughts, closing words with our readers!

At this point in metal so much has happened. It is forever evolving and I can’t wait to see what happens next. There’s so much talent out there its mind blowing. I just wish I had more time to write and play music. It’s hard to have an unrelated career in Finance/Technology and have enough free time to dedicate to my passion. All I can say is if you are an aspiring metal musician, never give up and never stop playing. It’s truly my sustenance and key to my survival on this rock.